Open Primaries In the news

The research showed that not all independents are the same – they have varying ages, backgrounds, and political beliefs. But two things we know for certain:  independents are choosing NOT to belong to a political party and they are NOT treated equally under Arizona law.

This should be no surprise to any Arizonan accustomed to gridlock in Congress, partisan squabbles over inconsequential issues, and a widening gap between what the voters want and what our elected representatives deliver. Today’s voter sees a broken system that fails to deliver on the promise of democracy. And the growing number of independents is an indication that voters see political parties as part of the problem.

Our state’s largest voting group deserves the same treatment and the ability to participate under the same rules as those who choose to join a party – it is one of the most fundamental American values of equal citizenship. However, the reality is that independents are treated differently than party voters, requiring extra steps to vote with an early ballot, for example. Meanwhile, independent candidates face appallingly higher petition signature requirements. This is the largest voter suppression effort in modern times.

And it’s working. Data show that independents do not vote in proportions consistent with other voters. This is most notable in the primary elections. While turnout is low among all voters in the primary elections, it is abysmal among independents, only in single digits. This is no surprise when, (1) poor voter education and intentionally confusing rhetoric has left half of independents believing they don’t have the right to vote in the state’s primary election; (2) the parties in Arizona exclude them altogether from the presidential primary, and (3) some local parties have voted to exclude them from all primaries.

The only answer to this problem offered by those who currently write the rules: “Just join our party and you won’t have any of these problems.”

That completely defies what the Morrison Institute study revealed through focus groups of independents. These voters do not want to participate in an inherently partisan process which is unrepresentative of their views and which has converted our democracy into a shouting match between small bastions of ideologues whose extreme views produce today’s gridlock. The only choices they are offered are Coke or Pepsi, when they would rather have a Dr. Pepper.

Independents want real choices as they cast votes in meaningful elections. The Morrison Institute study found that the vast majority of independents want political reform that moves us away from the toxic system we have today. Independent voters overwhelmingly support reforming election law so that every candidate runs in the same election, every voter receives the same ballot and thus we truly treat every voter equally, ending the unfairness of the current system. 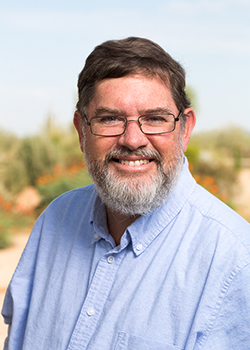 Furthermore, independents support election reform because they are also taxpayers who are currently footing the bill for primary elections, along with partisan taxpayers, but do not get to participate equally in the same system. Independents are expressing that outrage embedded in our nation’s history – no taxation without representation. Shutting independents out of primary elections they pay for is patently unfair.

And independents are tapping another rich vein of American history, heeding the warning of America’s first president, George Washington, who said, “The common mischiefs of the spirit of party are sufficient to make it the interest and duty of a wise people to discourage and restrain it.”

Independents are rising. The movement is growing. Independent Voters for Arizona was organized last month, and the tide is shifting. People are demanding a system that represents the people. And people are ready to reform a system that treats them unfairly.

That is why the movement for political reform will continue to build in the coming years and defenders of the current system are put on notice: The days are numbered when parties write the rules and snatch democracy from its people. The rise of independents is a sign that the people are taking their democracy back.

Thank you Morrison Institute for shining a light on the rise of independent voters and what it means for the future of our democracy.