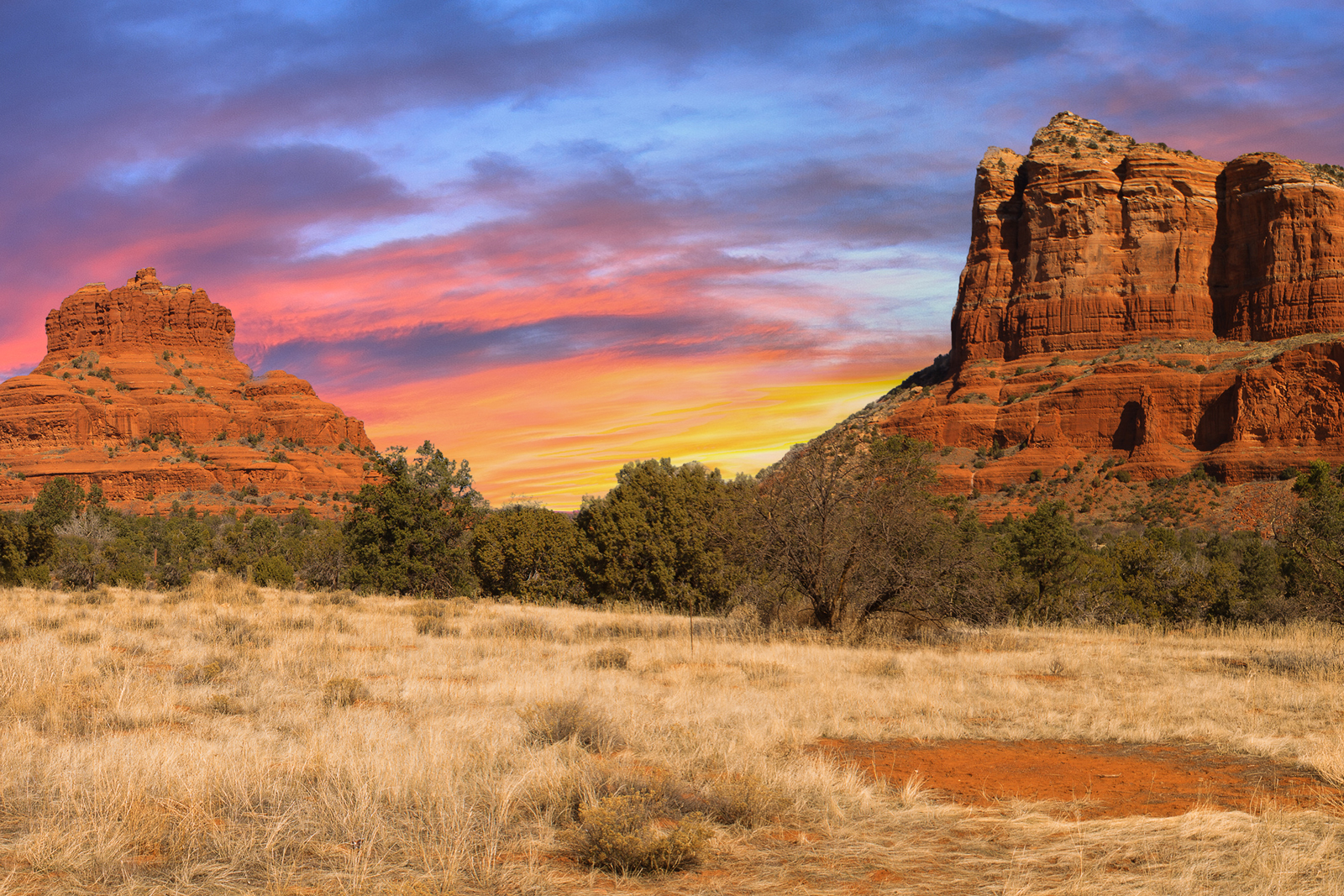 The study was commissioned by Open Primaries, a group that advocates for nonpartisan elections. It surveyed 1,500 out of the state’s more than 600,000 registered Latino voters including independents, Republicans and Democrats. 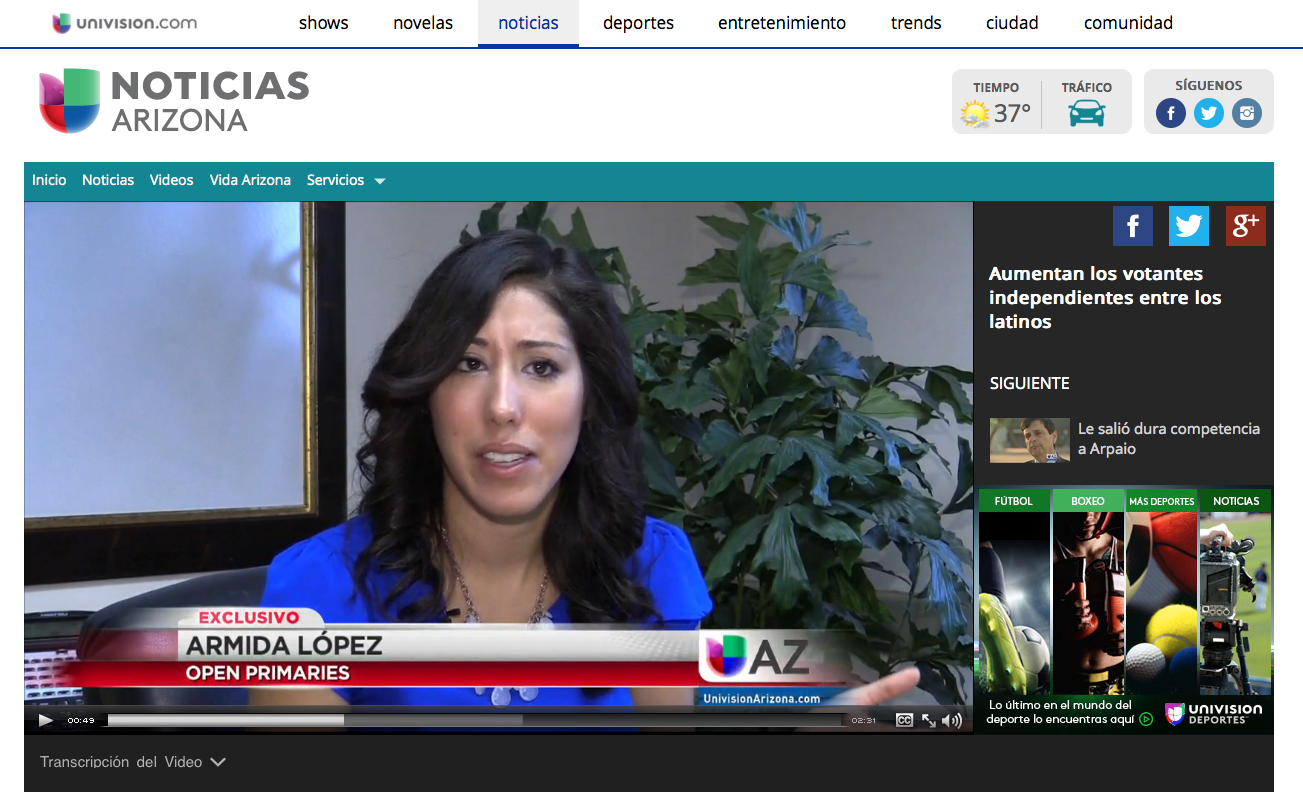 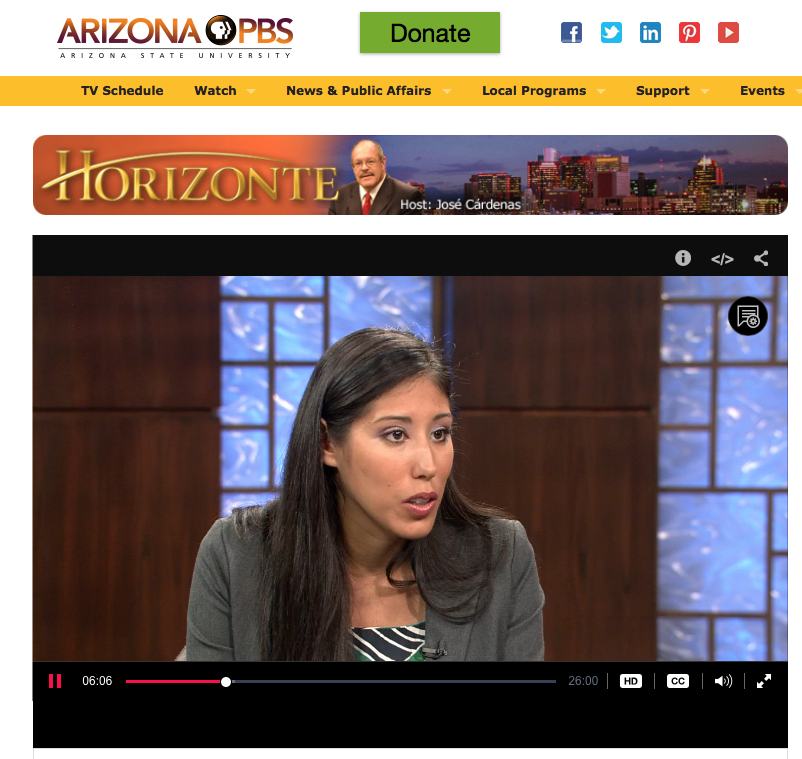 This piece was written by Corbin Carson for KTAR News.

PHOENIX — Political parties are using Hispanics like pawns, according to a campaigner for non-partisan primary elections.

Armida Lopez, Latino outreach coordinator for Open Primaries Arizona, said the organization wants every candidate to face every voter in their constituency.

“What we want is for every candidate, regardless of their party affiliation — if they’re red, if they’re blue, [or] independent — every candidate should have to face every voter in their constituency,” she said. “Not just their base.” 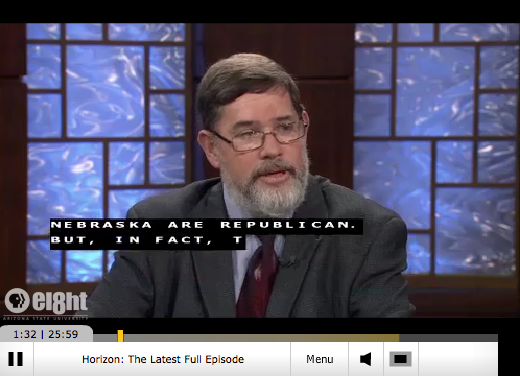 Open Primaries Arizona appeared on KJZZ Radio to talk about the newest report showing the impact of nonpartisan elections in Nebraska.

This article was published by Jeannette Cruz on West Valley View.

Open primaries were the topic of conversation at the Estrella Rotary Club’s monthly meeting June 16 at Estrella Mountain Community College in Avondale.

Open Primaries seeks to change Arizona’s election system to an open, nonpartisan primary, and is aiming to put the issue back on the ballot in 2016, even after voters rejected the idea in 2012.

“When talking about this issue, we go back to tradition — consent of the government — which is what our founders set up,” McWhortor said. “When you open up your faucet and the water comes out, it doesn’t matter whether someone was Republican or Democrat when they decided how that water would come out of your faucet. You don’t ask whether it’s red or blue, do you? That’s what we get when we have people who are working hard for our best interest as a state.”